I have been off of the bicycle for the last week resting a sore knee.  I probably should have stopped sooner than I did but I pressed on trying to ignore it.  Oh well, it’ll heal in time.  So this afternoon I got in my car and set out to find the monument and old family cemetery of a Yolo County land grant recipient back in 1842.  It was two square leagues between Woodland and Esparto and straddled Cache Creek.  The book I am using as a reference, Historic Spots in California, puts it on County Road 19.  I drove the length of Road 19 and did not see anything.  I was hoping it would be by the roadside but no luck.  Turns out it’s on private property which I learned later.  I got on Road 20 and stopped to take pictures of the super high density olive groves.  There are a lot of them planted in the rolling, rocky soil out there. 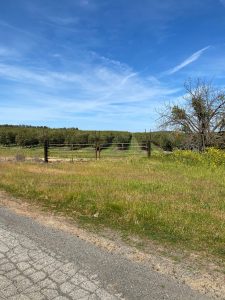 Hard to get a sense of the  acreage standing on the ground but, as mentioned, there are lots of olives out there. 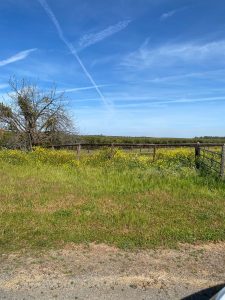 Olives every way you look.   You can see too that Road 20 is paved, barely. 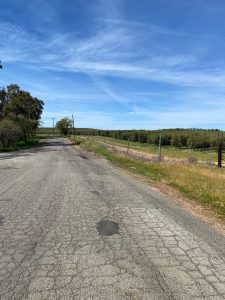 Get the water out of the ground by wind power. 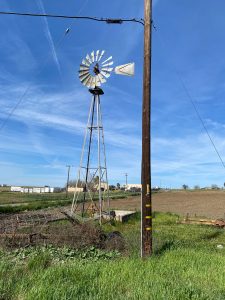 Not sure what this would have carried but these tires will never go flat. 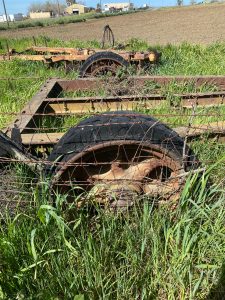 I stopped here to take a picture of the sign and read that they were open so I drove in thinking they might have some information about the cemetery.  They did.  They told me it was on private property and that I was not the first person to ask about it.  They had a person named Gordon from Fresno who drove up to trace her family lineage and they were able to connect her with the landowner.  They took my information and said they would get back to me.  My book says a monument we erected at the site in 1948 by the Native Daughters of the Golden West.  I hope they call as I would really like to see the site. 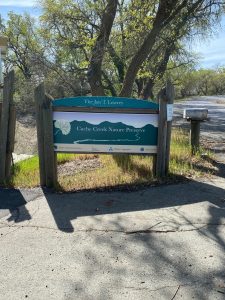 Part of the nature preserve. 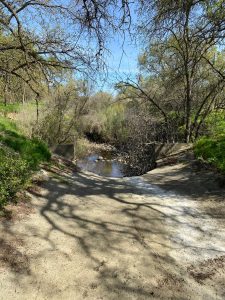