Bike and Walk and Read and Beach

Bike and Walk and Read and Beach

Today we decided to do something different from our daily grind.  No we didn’t.  Lynn had her last art class which went two hours instead of one.  I rode into bike-unfriendly Kahului in search of Xylitol.  I did not find it.  Not at Safeway or Whole Foods or the small independent grocery store.  I’ll try Mana Foods in Paia tomorrow.  Every time I bike into Paia on this trip I pass this thing out on the edge of the airport.  And every time I ride by it I speculate on what could it be.  It sort of looks like an aircraft fuselage and it’s as big.  Could it be for training of some kind? 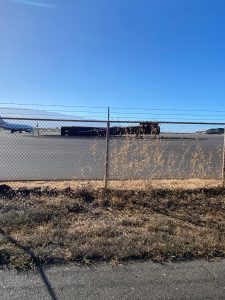 Also out here today is a private 737.  At least I think it’s a 737.  I looks the same as the Southwest jet that’s been parked out here since we arrived.  Could it be Oprah’s?  Something else to speculate on. 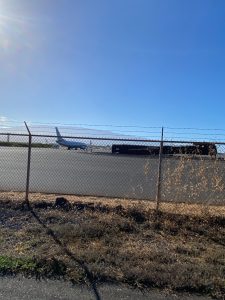 The Southwest jet that’s been parked with the hood up, so to speak. 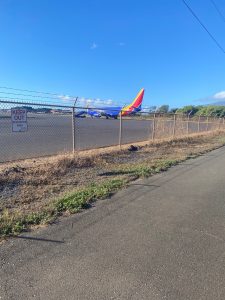 Lynn always contributes pictures that she takes on her daily walks.  I wish I had as good an eye as her.  An hibiscus (a hibiscus?) for your consideration: 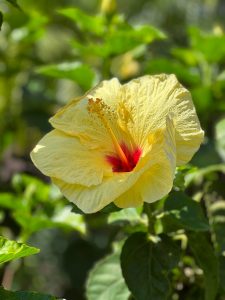 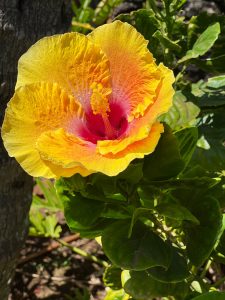 This is her picture of the beach in front of the Sugar Cove condos: 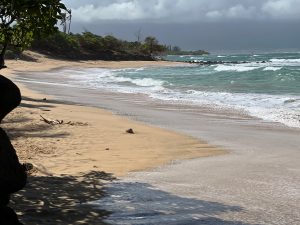 This is the public’s entrance to the beach at Sugar Cove: 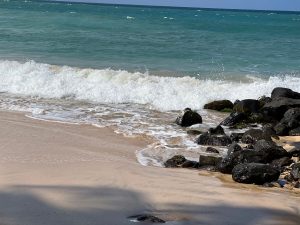 This is another view of the public entrance to the beach at Sugar Cove.  It looks like the owner of the house on the other side of the wall has taken major measures to keep the public who use the beach in front of the Sugar Cove condos off their little stretch of beach. 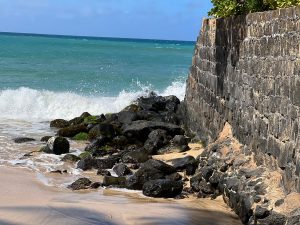 If I’m not mistaken this is a Pacific Golden Plover.  Many beautiful birds here. 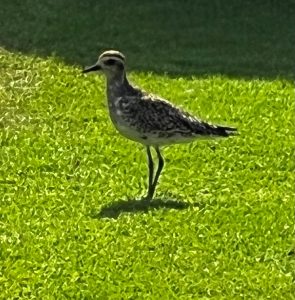 Not as windy as yesterday but still windy enough for the sailboarders: 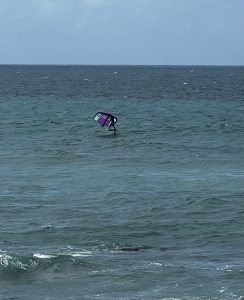 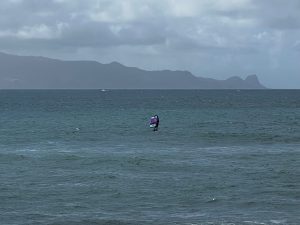 Another grueling day.  I had to rest up for a couple of hours at the end of it with a book while lying on the sand at Baby Beach.