Everyone around us, well two people, are making Italian pretzels (taralli) and Lynn could not stand to sit idly by. So Thursday morning she said, “I would like to make tarallis on Sunday.”  Later that afternoon she changed it to Saturday. There was no use in resisting, this was something that simply had to be done and I like to eat them too so the die was cast.  So here we go on Saturday at 11am, kneading the dough for a five pound batch: 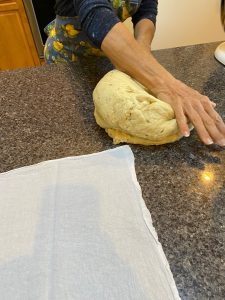 You can roll out pieces of the dough by hand but we use a modified sausage maker to push out cords of dough.  Here’s the sausage maker we use to extrude the dough.  To give credit where credit is due this funnel attachment was devised, so my sources tell me, by the late Al Pepin.  A man with a flair for mechanics, he must have watched the taralli makers in his family struggle to roll out consistently sized cords of dough and saw a better way.  We are a country of dreamers: 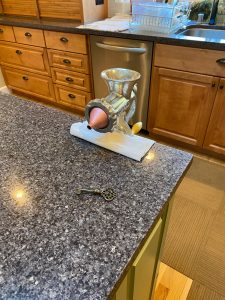 The extruder loaded with dough and ready for action: 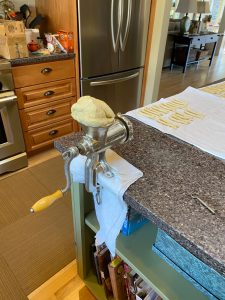 Five pounds of dough rolled out into the traditional shape: 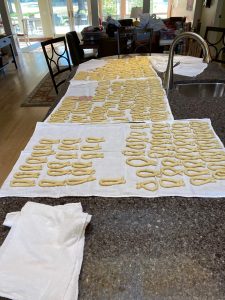 Break time in the kitchen and it’s Bloody Marys all around: 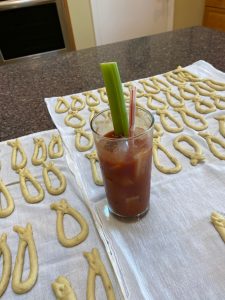 Now they have to be boiled, it doesn’t take too long to do the whole batch: 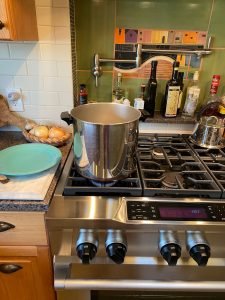 Drop them in one at a time, when they float to the surface they’re ready to come out: 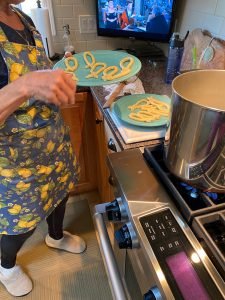 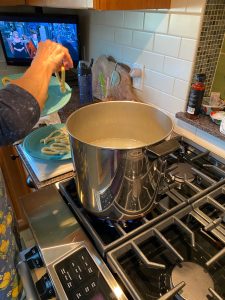 After they boil they are ready for the oven, I’ll have to check with the chef for time and temperature.  I’ll get back to you: 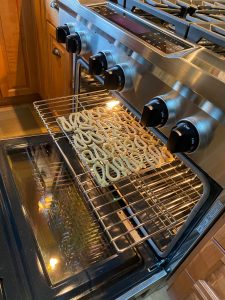 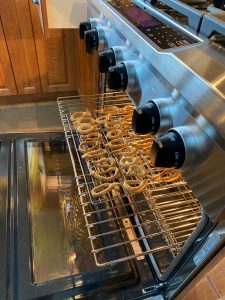 So now let’s relax and enjoy them: 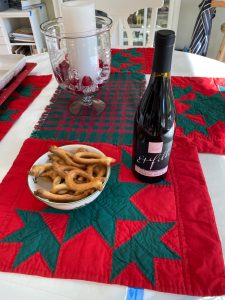