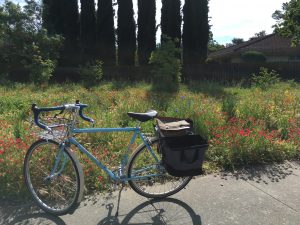 This morning, our first back in Davis, I rode by the same corner.  Two volunteers were working there so I stopped to talk.  It’s an open space recognized by the city.  Not clear on whether the city provides any funding for plants but they said they got support from Tree Davis, a not-for-profit the supports trees and open space too, I guess.  There is no irrigation so it will be native plants and wildflowers.  Really nice. 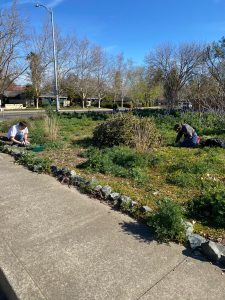 Returned the library book I took to Maui. 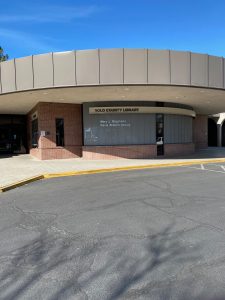 That’s my bike on the right.  Fifth and G, stopped for business. Nugget market from the bike rack in front of CVS. 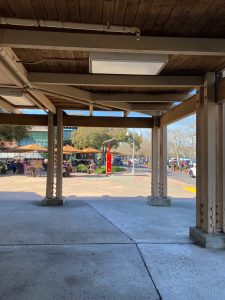 I stopped for coffee at Nugget. 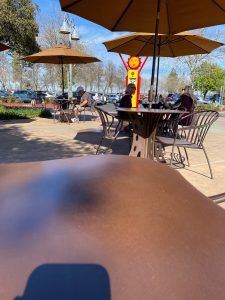 Top of the Pelz overpass there were four locomotives parked on my way in and my way out. This is the battery to a car jump starter I bought.  When I started driving batteries were always an issue.  You had to have jumper cables to get a car with a dead battery started.  That’s still the case but both batteries and their charging systems have gotten much better over time.  To the point that one rarely ever needs to jump start an engine any more.  Except it happened to me with a car in the garage the other day.  I had to call AAA and thought no big deal they have cables with 20 foot leads so they’ll be able to reach the battery on the front of the car in the garage.  I was surprised when the operator walked into the garage carrying a little box with two clamps. 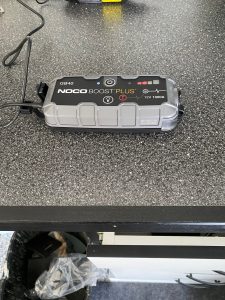 Here’s the battery with its clamps that I purchased.  Smaller than an egg carton.  I didn’t know such a thing existed so long has it been since I’ve had to do this.  I had to have one so now I do.  As they say, “awesome”. 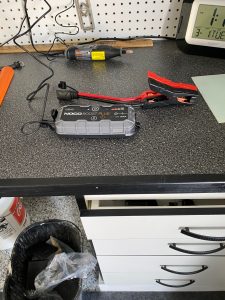 Isn’t that great?  And the day too.