A Walk on the Barge Canal

A Walk on the Barge Canal

I picked up a copy of Sactown magazine recently because on the cover it advertised the main story as “10 Great Winter Hikes”.  I like hiking and Lynn walks 3, 4, 5 times a week at 7 to 8 miles per outing.  So, let’s try something new and nearby.  Maybe something we don’t have to drive two or more hours to get to.  And, sure enough, here’s the Barge Canal Trail close to us in West Sacramento.  It’s pancake flat just like Davis so no big wrenching departure from the usual and it’s opposite the Port of Sacramento so we get to see the port activity.  The only downside on the day we set out was that the north wind was howling and it was cold.  But what the heck, here we go.

Nicely signed at the beginning of the trail: 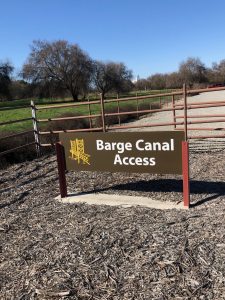 At the start there are art (?) displays or maybe they’re channel markers if there’s flooding, not really sure: 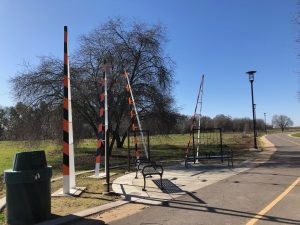 The first half mile or so is paved and there are some benches.  As you look down the path you can see the horizon inclines upwards from left to right, that’s a ramp up to an overpass over the canal which is on the right, on the other side of the trees.  When you get to the overpass the trail turns to gravel and you are at the port: 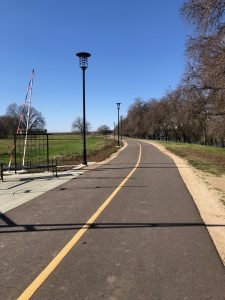 And here we are at our first freighter.  These are all bulk carriers.  I know a lot of rice is loaded here and I would not be surprised if wheat and corn are also moved through the port.  In the early eighties I delivered, along with lots of other trucking companies, lots of sacked wheat seed to the port.  I was hauling from the Cargill facility in Dixon: 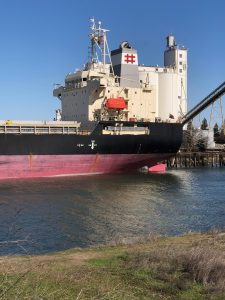 Cranes parked and some of the hold covers open: 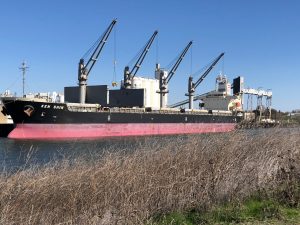 These tugs are moored at the edge of the turning basin: 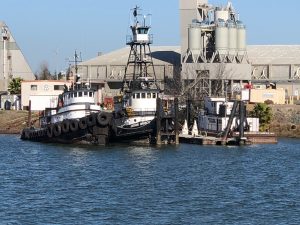 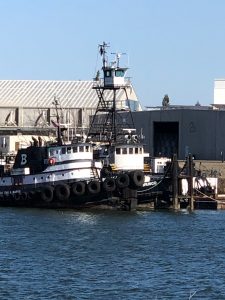 The second ship as we make our outbound way: 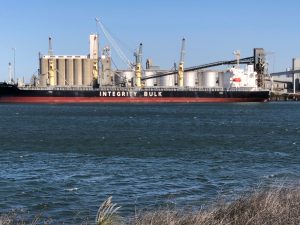 This looks like cement from here but can it be?  How do you leave powdered cement out in the weather.  Someday I have to go to the other side of the canal and check it out: 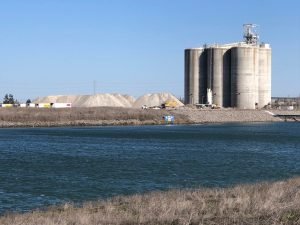 We were hoping that this tug would be heading to assist the third ship on our route but he chugged on by it: 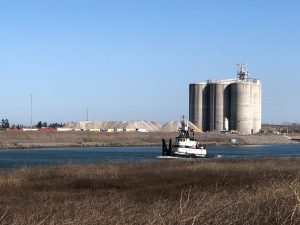 Here is the third ship and the second crane from the left is working taking a bulk material out of the hold and dropping it into a hopper on the dock: 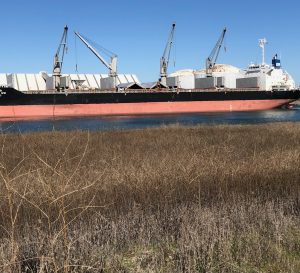 No idea what this might be.  Another reason to explore the other side: 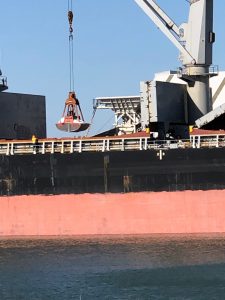 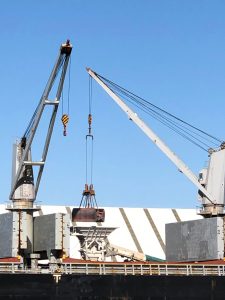 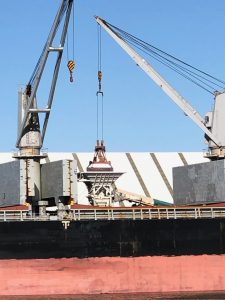 And here we are almost back to the car. 6.8 miles according to Lynn: 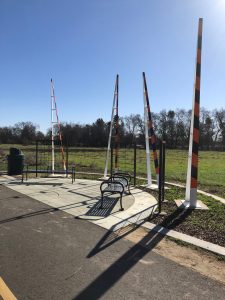 Except for the north wind it was a great walk.